GLIMPSES OF THE NARROW GAUGE
by J. I. C. BOYD.
THE Ballycastle Railway began life in 1880 with two six-coupled saddle tanks named Dalriada and Countess of Antrim. A third similar engine was at first hired from the contractors, and later purchased out-right; this was Lady Boyd. The three engines were built by Messrs. Black, Hawthorn and all were rebuilt at the Ballymoney works of the Company in 1895 when cabs were fitted and new boilers obtained from the makers. They were shedded at Ballymoney but were not entirely suitable for the line which had some sharp curves, and there were a number of derail-ments. In 1908, Mr. G. T. M. Bradshaw, the Locomotive Superintendent, de-signed two 4-4-2 tank engines, one of which was to replace Lady Boyd. Kitson's of Leeds were the builders (Makers Nos. 4665/6) the outside cylinders being 141 in. x 21 in., and driving wheels 3 ft. 7 in. diameter. The fixed wheelbase was only 6 ft. 6 in. and the total wheelbase 22 ft. 5 in. At 85 % of the boiler pressure of 165 lb. the tractive effort was 15,000 lb. Weight in working order was 39 tons. In traffic these engines could make little use of their weight, there being insufficient on the driving wheels; they suffered intensely from slipping: They were designed for speeds up to 30 m.p.h. but with such h short wheelbase, they waggled from side to side when travelling fast. Possibly the high level of water in the tanks had something to do with this. The painting was dark green but no record seems to have survived of the rather unusual lining out and panelling. Large oval number plates were fitted, embodying the name of the railway. Walschaert's valve gear -was used, the valves being above the cylinders; the piston rods, etc., were covered by a casing on top of the footplate, the side tanks were cut away above the valve motion. On 11th August, 1924, the Bally-castle Railway became part of the L.M.S.R. (Northern Counties Com-mittee), and the two surviving Black, Hawthorn engines were scrapped immediately. Other engines from the Ballymena & Larne, and Red Bay lines, were drafted in to work the line instead. The two Kitson engines found their way to York Road works, Belfast, and were cut down for the more restricted loading gauge of the Ballymena & Larne section, the boiler mountings and cab being suitably ' shaved. The cab floor was cut down at the entrances to allow the men to see out without stooping; other detail modifications were carried out also, the engines receiving the numbers 113 and.114. No. 114 ended her days at Larne as a stationary boiler, but No. 113 eventually re-turned to her native line in February, 1943, to be scrapped there in June, 1946. These two engines are unique in the annals of British narrow gauge systems in being the only ones built to this wheel arrangement. The first illustration shows No. 3 in Works' painting, and the second was taken -in 1936 outside the shed at Lame. Points of interest include the cab side windows, steam hooter, bogie and pony wheels, laminated outside springs to rear axle and the long connecting rod; also the cut-down cab and Ross Pop valves of the later version. The placing of cylinders, wheels, smokebox and firebox in relation to each other is most unusual ; they were an odd pair of locomotives ! 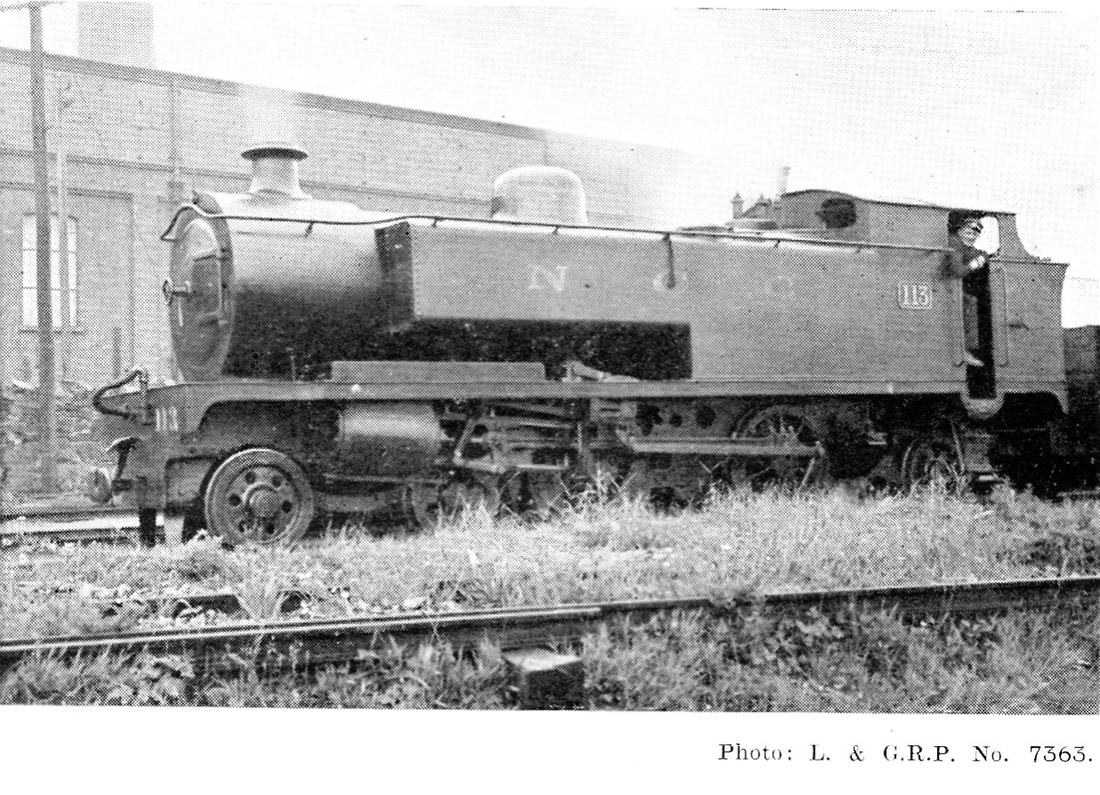 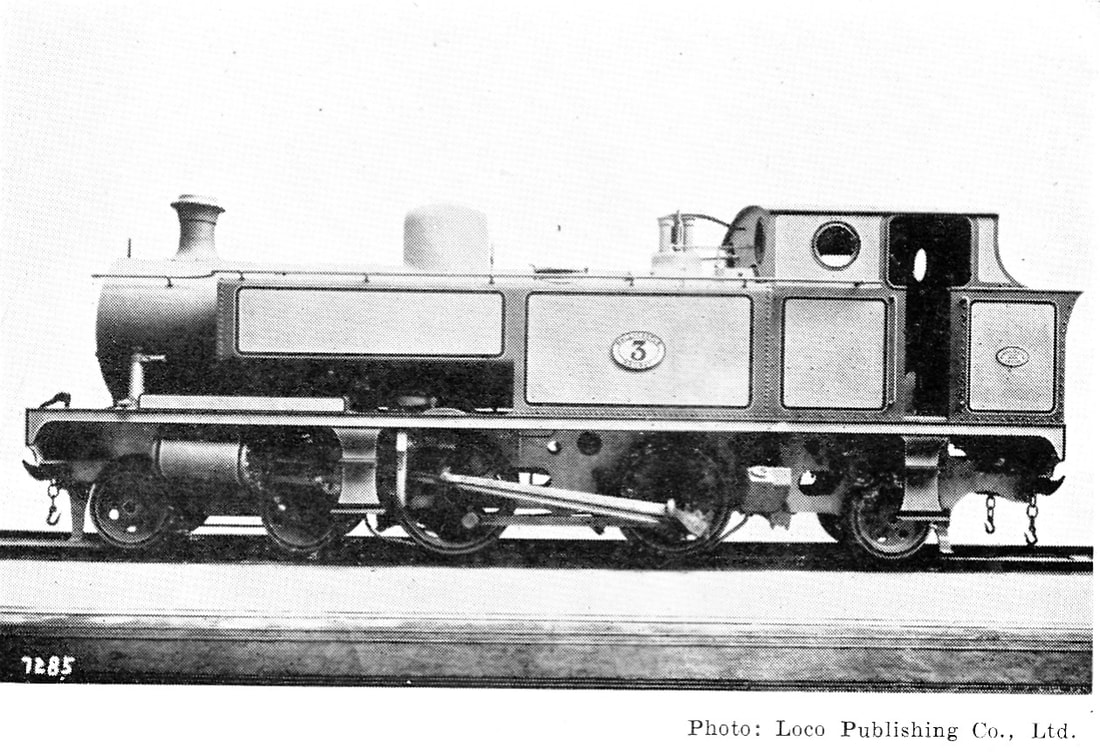